Reach Your Potential – Transition To A Senior Executive Role

Have you ever spent a minute or two at work, daydreaming of the future? You know, the future where you’re in a senior executive role in the company and get to make all the important decisions?

For some of us, we spend more time gazing longingly at the organisational chart than we like to admit.

And that’s okay. We all have dreams.

In this blog, let’s look at some of the common career and skill paths taken by some of the most prominent executive leaders in the corporate world.

By understanding how others get to the top, you’ll be able to devise a strategy to invest in your skills and experience. So that one day you’ll be ready to embrace the change and transition to a senior executive role.

Which senior executive role is right for you?

There are lots of different executive-level positions that you can seek out in your career. What’s best for you might depend largely on your education, skill set, reputation, and tenure with your company, as we’ll soon find out.

But before we dive in, it’s worth spending a moment considering the different senior leader positions out there. If you’re a manager or supervisor, here are the executive roles that you might be able to grow into:

For example, the Director of Marketing will make all high-level decisions in the marketing department – product promotion, branding, communications, and more.

Following the C-level positions, the Chief Executive Officer (CEO) is the top authority in the company who has complete responsibility for the entire organisation.

If you’re studying your own company’s organisational chart as a comparison, it may look different. There are quite a few levels that can possibly exist between each position listed above. For instance, there might be associate-level positions created as developmental opportunities. Or senior designations such as Senior Director that add levels of responsibilities to each executive role.

Just think of it this way – if you’re at a large company, at least there’s room to grow!

Whatever executive role you strive for. A common assumption is that to get to the highest-level positions you need an expensive postgraduate education from a prominent business school.

However, that’s not always the case. Some studies, like this one, have found that while an overwhelming majority of CEOs of the largest companies in the U.S. have undergraduate degrees, only 11 percent of them attended prestigious Ivy League schools.

The next question you may be asking yourself is what kind of degrees do they have? Or, what’s their subject matter expertise?

The common degrees for CEOs are Bachelor of Arts (BA) and Bachelor of Business Administration (BBA). These are held by 53 percent of the CEOs studied. Next, 47 percent of CEOs held a Bachelor of Science (BS) degree.

So if you’re wondering about heading back to college for some upskilling, consider those education paths carefully. Your decision might depend on your intended industry or interest.

Whatever education level you obtain, with some hard work it’s possible for you to climb the corporate ladder gracefully. One of the best ways to fill gaps that may exist in your development portfolio is to partake in some self-reflection.

Ask yourself: “what is my career plan?” Are you happy at your organisation or are you looking to switch companies?

Can you see yourself leading the company that you currently work for? It’s important for you to choose wisely because where you ultimately land could have a huge impact on your leadership aspirations. There are coaches that specialise in leadership coaching, performance coaching, or coaching for women if you want the help of a third party to improve your leadership skills.

Remember that study we looked at earlier? It also found something interesting about the career paths of CEOs. The majority of them have decades of experience at the companies that they run. In fact, 61 percent of them have worked at their company for more than 20 years.

It’s common for CEOs to spend years in charge of different departments as they move their way up the ranks. It helps them understand the complex business arrangements and gives them the experience they need to run the company.

If you’re thinking about job hopping and building your expertise by trying on new executive roles in different companies, you might want to think carefully about the impact it might have on your future leadership. If you are aiming for a career as an executive, you might want to speak to an executive coach about how you’re going to get there.

One of the reasons that the hire for the senior executive role is commonly promoted from within the company is that it gives the employer an opportunity to assess the skills of the candidates.

Employees who stay at the same company for years are also able to develop a reputation for themselves.

Reputation is a tough thing to achieve. If you job-hop too much, you might have to start from scratch and build notoriety (the good kind) at any new company you join.

One of the simplest ways to remember how to promote yourself in a positive way is to remember the famous quote “ when you reach the top, you should remember to send the elevator back down for the others”. It’s credited to the French singer Edith Piaf and we love it here at Upskill Coach because it reminds us to be humble in our professional lives.

It’s kind of like saying “treat others as you like to be treated.” In the often cut-throat business world, it’s a refreshing way to think about reputation. Building a good one can help you climb the ranks without burning any bridges in the workplace.

Apart from a reputation, some of the skills you should be adding to your development portfolio might surprise you. Since a definition of leadership skills can be tricky, looking at the top skills featured by CEOs on LinkedIn can help demonstrate some of the most in-demand skills required by a senior executive role:

Ready to embrace the change?

The list of skills, above, is by no means exhaustive, but can help you pinpoint the development areas on which you can focus your upskilling efforts. You might notice that the listed skills can be simply obtained by working within an organisation at various levels of management.

As you progress and rise through the ranks, you’ll be exposed to more and more opportunities to practice and develop those hard-to-learn skills like understanding business strategy, negotiation and managing staff.

In any case, statistics and trends don’t tell the full story. Leadership is such a complex skill because it changes from person to person. If you’re destined to become a top-level leader at a company, you should always do it in a way that feels most comfortable to you.

Do you think you’re ready to transition to the next level in your career?

Book a 15-minute free call with a business coach today 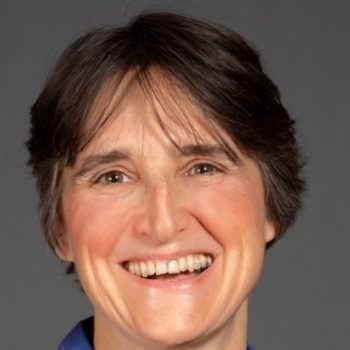 I support high level and high potential leaders and teams to: * manage stress, build resiliency, to …

As an ICF certified coach with over 15 years of international banking experience, I support leaders … 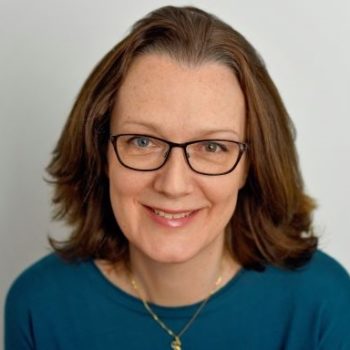 I coach people through transition and change in both their professional and personal lives. I have s…

As a professional certified coach (ICF), I have been supporting those who have decided to grow perso…

At Upskill Coach, our focus is to improve all aspects of your business starting with your people. We assist individuals, teams, and organisations in finding clarity in the chaos of today’s world by adapting their thinking to realise better results.

Enter your name and email to book a coach or coach with us.